The Top 20 Most Vibrant Arts Communities in America (2017) 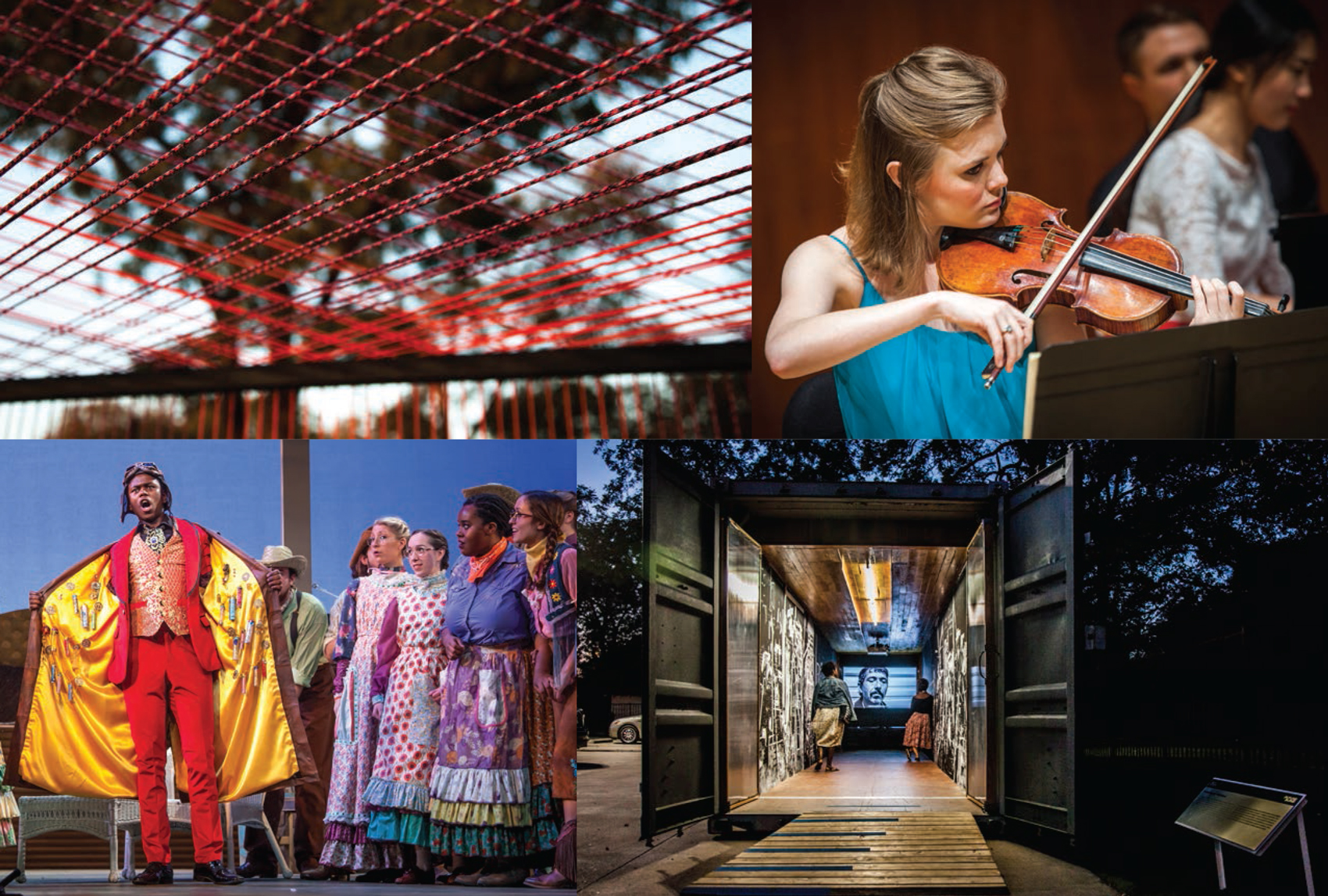 SMU’s National Center for Arts Research (NCAR) announces its third annual Arts Vibrancy Index, which ranks more than 900 communities across the country, examining the level of supply, demand, and government support for the arts in each city.

This year, 20% of the communities on the most-vibrant list appear for the first time – a total of eight new communities, including one new state, Alaska. Key movements and new communities featured on the lists include:

For the first time, community rankings are organized into three distinct lists based on size: large (population over 1 million), medium (population between 100,000 and 1 million), and small (population under 100,000 with an urban core of 10,000-50,000), a departure from the previous iterations of the index that combined medium and small communities into one list.

For the complete lists and methodology, please visit the NCAR's reports.

In addition to the Arts Vibrancy Index, NCAR provides scores for every U.S. county on its interactive map, based on measures of arts dollars, arts providers, government support, and socio-economic and other leisure characteristics.

“In the current climate, it is more important than ever to recognize the vital role that the arts play in creating dynamic places to live, work, and visit, and the Arts Vibrancy Index shows us that this is the case in communities all across the country, not just in large cities and on the coasts,” said Dr. Zannie Giraud Voss, director of NCAR. “The index helps us understand what factors contribute to making an urban area artistically vibrant and culturally rich, and illustrates how vibrancy manifests in a wide variety of forms that are often tied to that community’s unique identity.” The report complements each listed community’s scores with its story of what makes it unique and dynamic.

“The arts are an underappreciated sector in America. As this report demonstrates, the idea that they are for an elite few is simply not true. The arts generate tremendous amounts of tourism dollars, enhance and encourage a love of learning, and connect diverse communities and people,” said Karen Brooks Hopkins, NCAR’s Nasher Haemisegger Fellow. “Arts institutions house our greatest treasures and serve as gathering places for people to come together in a shared appreciation for human expression. At the end of the day, when all else is said and done, art is the only thing that endures from generation to generation to generation.”

The overall index is composed of three dimensions: supply, demand, and government support. Supply is assessed by the total number of arts providers in the community, including the number of arts and culture organizations and employees, independent artists, and entertainment firms. Demand is gauged by the total nonprofit arts dollars in the community, including program revenue, contributed revenue, total expenses, and total compensation. Lastly, the level of government support is based on state and federal arts dollars and grants.

The full lists, with detailed information on each community, are available in the full Arts Vibrancy Report, including scores on each of the three metrics of vibrancy, i.e. level of arts providers (supply), arts dollars (demand), and government support for the arts.

Pittsburgh, PA; Rochester, NY; and Richmond, VA rejoined the top 20 list this year, having ranked in 2015 but just missed the cut-off in 2016. In this year’s top 20, they are ranked 16, 19, and 20, respectively. Only two cities did not move on the top 20 large communities list—Washington-Arlington-Alexandria, at #1 and Boston, at #6—while all other communities shifted in their rankings. In the top five rankings on this list, the biggest move was Minneapolis-St. Paul-Bloomington trading places with Los Angeles-Long Beach-Glendale; L.A. ranked #5 last year, and now #7.

Four communities with populations 100,000 to 1 million are new to the Top 10 medium city list: Bremerton-Silverdale, WA; Ithaca, NY; Asheville, NC; and Barnstable Town, MA, though none of these cities were in the top five:

For small communities, defined as areas with an urban core of 10,000-50,000 people, four cities are making their debut on the list: Hudson, NY; Greenfield Town, MA; Oneonta, NY; and Juneau, AK. These new cities rank #5, #6, #7 and #8 in the Top 10 small communities list, respectively. The top five cities are:

In 2012, the Meadows School of the Arts and Cox School of Business at SMU launched the National Center for Arts Research (NCAR). The vision of NCAR is to act as a catalyst for the transformation and sustainability of the national arts and cultural community. The goals of the Center are to unlock insights on: 1) arts attendance and patronage; 2) understanding how managerial decisions, arts attendance, and patronage affect one another; and 3) fiscal trends and fiscal stability of the arts in the U.S., and to create an in-depth assessment of the industry that allows arts and cultural leaders to make more informed decisions and improve the health of their organizations. To work toward these goals, NCAR integrates data from DataArts and its Cultural Data Profile[1] and other national and government sources such as Theatre Communications Group, the League of American Orchestras, the National Endowment for the Arts, the Census Bureau, and the National Center for Charitable Statistics. NCAR makes its findings available free of charge to arts leaders, funders, policymakers, researchers, and the general public.

NCAR develops reports based on this uniquely comprehensive set of arts organizations’ data. It assesses the industry from multiple perspectives, including sector/art form, geography, and size of the organization, and it determines what drives health from the organization’s conditions and its community’s characteristics. Recent publications include a white paper on diversity and equity in the arts, a white paper dispelling the myth that the arts are elitist, and reports on the health of the U.S. arts and cultural sector. In July 2016, NCAR launched the KIPI Dashboard, a free online diagnostic tool that allows arts organizations to benchmark their individual performance in nine finance and operations categories against their peers.

For more information, please visit the NCAR website at smu.edu/artsresearch.