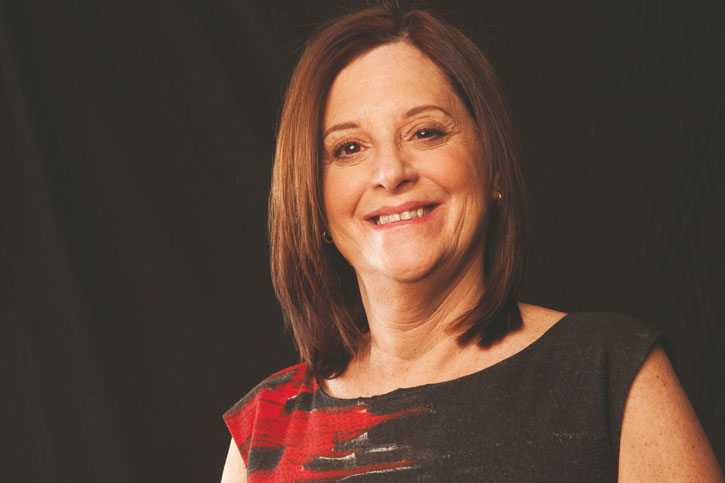 The National Center for Arts Research (NCAR) has appointed Karen Brooks Hopkins, former president of the Brooklyn Academy of Music (BAM) and currently Senior Fellow in Residence at The Andrew W. Mellon Foundation, as the second NCAR Nasher Haemisegger Fellow, beginning June 2016. Hopkins will serve both as an intellectual partner and counsel, working with NCAR leadership on the critical issues prevalent in the arts and culture field, as well as an ambassador for the Center, communicating with arts organizations around the country and helping to raise awareness about the Center’s research within the sector.

NCAR, the first research center of its kind in the nation, investigates important issues in arts management and patronage, making its findings available to arts leaders, funders, policymakers, researchers and the general public. Driven by its mission to act as a catalyst for the transformation and sustainability of the national arts and cultural community, NCAR develops reports based on a uniquely comprehensive set of arts organizations’ data, combined with data on the communities in which they are located. It assesses the industry from multiple perspectives, including sector/art form, geography and size of the organization, and it determines what influences an organization’s health based on the organization’s particular conditions and its community’s characteristics.

Hopkins brings a range of expertise in arts management and cultural planning to this role, including a 36-year tenure at BAM, which saw the transformation of the venue and Brooklyn into a thriving arts complex. Hopkins was president of BAM from 1999 until her retirement in 2015. During this time, she also served as the chair of the New York City Cultural Institutions Group, as a member of the Mayor’s Cultural Affairs Advisory Commission, and was named one of Crain’s “50 Most Powerful Women.” Hopkins currently serves as the inaugural Senior Fellow in Residence at The Andrew W. Mellon Foundation, and is a member of the boards of the Alexander S. Onassis and Jerome L. Greene Foundations, the Downtown Brooklyn Partnership and the Global Cultural Districts Network.

“The NCAR Nasher Haemisegger Fellow plays an integral role in helping NCAR shape and present our findings as well as identify the most pressing questions and issues facing the field,” said Dr. Zannie Voss, director of NCAR. “Karen Brooks Hopkins is one of the most highly regarded arts leaders in the country. Under her leadership, BAM has become the model for a 21st-century performing arts center, and her work continues to have exceptional impact. She has boundless curiosity and a tremendous depth of expertise. We are excited to welcome Karen to NCAR and look forward to her insights and guidance.”

“From a practitioner’s perspective, I fully appreciate the value of NCAR’s contributions to the field,” Hopkins said. “NCAR’s research and analysis is an invaluable resource, helping to inform decision-making to ensure financial value and sustainability of organizations as well as to deepen understanding about the impact of the arts, both in and outside of the sector. I’m looking forward to contributing to this work, following in the footsteps of the talented and incomparable Kate Levin, and sharing the Center’s findings with communities around the country.

“As a life-long arts professional, my supreme goal is to encourage Americans to comprehend that the image of the arts as an elitist pastime for a narrow part of society is an antiquated view of the field. Our sector deserves to be valued at a much higher level for the service it provides to large, diverse populations worldwide.

“Art enhances love of learning, generates the highest tourism dollars and builds and connects communities. Cultural buildings are among our greatest architectural assets and really, when all is said and done, art is the only thing that endures from generation to generation.”

Hopkins’ two-year term, beginning in June 2016, follows the successful tenure of NCAR’s first fellow, Kate D. Levin, commissioner of the New York City Department of Cultural Affairs under the Bloomberg administration and now a principal with Bloomberg Associates. In addition to being an NCAR ambassador from 2014 to 2016, Levin worked with NCAR as a thought partner on a number of research publications, including a white paper on diversity in the arts, reports on the health of the U.S. arts and cultural sector, and most recently NCAR’s 2016 Arts Vibrancy Index, which outlines the 20 most vibrant arts centers around the country. She also shared insights with students, the public and the Dallas arts community as a panelist in several key forums. “She has been an outstanding Fellow, and we are thrilled that she has agreed to continue her relationship with NCAR as an advisory committee member,” said Voss.

“As NCAR’s inaugural Nasher Haemisegger Fellow for the past two years, I’ve gotten to explore the intersections of data, arts advocacy and policymaking with some of the finest researchers in the world,” said Kate D. Levin, principal at Bloomberg Associates and head of the Arts Program at Bloomberg Philanthropies.  “Zannie Voss and her team are setting a new standard with NCAR’s combination of awesome technical ability and profound understanding of nonprofit arts and culture in the U.S.  It’s been an honor and a pleasure, and I look forward to the many ways in which Karen Brooks Hopkins, with her inimitable experience and vision, will turbo-charge NCAR’s reach and impact.”