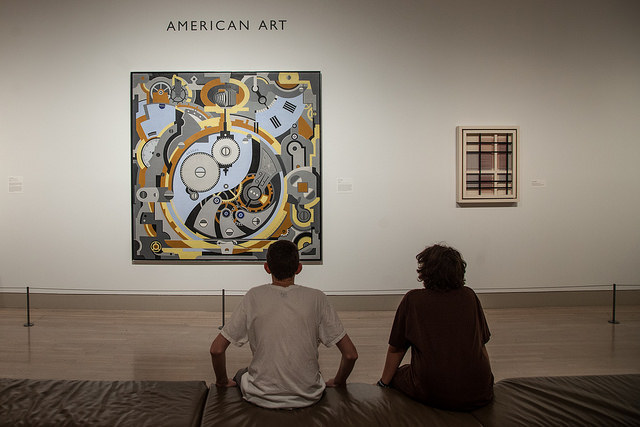 This article is cross-posted to Analysis from TRG Arts.

The National Center for Arts Research (NCAR) at Southern Methodist University recently released their latest report, which focuses specifically on marketing related metrics. This is the third report NCAR has released examining the health of arts and cultural organizations in the U.S. from a wide range of data sources.

Recently, I’ve seen researchers beginning to measure the impact of developing patron relationships and focus on the data that will quantify relationships. This is a great sign of things to come for the arts industry. In our own research at TRG, we’ve seen that measuring relationships in an integrated and holistic way can help organizations better understand patrons and impact revenue. Transactions that may seem unrelated when measured by different departments can actually indicate loyal relationships. The whole picture matters in each individual patron record, as it does when measuring the impact of patron-generated revenue across an organization.

There are many ways that patrons invest and become loyal, and subscription and membership are still hallmarks of a loyal patron. NCAR is starting to talk about some important aspects of patron-generated revenue—measuring what they’ve called “earned relational revenue,” which is defined as revenue earned from subscriptions and memberships.

A bit of context: subscription vs. membership

Subscription and membership are different as models, but both have an important role to play in loyalty development. While subscription is found primarily in performing arts organizations, and membership tends to be more common in museums, zoos, and attractions, both provide the critical “next step” between visiting and philanthropic engagement. They gel the patron relationship, and they do so in different ways.

In the Patron Loyalty Study TRG did with the Greater Philadelphia Cultural Alliance, we saw:

So, what does this new report say? Here were the findings that caught my eye:

2. The report is careful to say that subscription isn’t dead. It also points out that its significance varies depending on the type of organization. The following chart details the percentage of total relational revenue in 2013, categorized by sector:

3. Organization size* was also a consideration. Regardless of sector, large organizations were significantly more reliant on relational revenue than small or medium organizations.

No surprise here, either. Loyalty is more easily created in organizations where there are a larger number and wider variety of programming options.  Why? Let’s take the example of a small theatre company which only has four shows in a season. If a patron only wants to see two of the four, it makes more sense to buy single tickets than to commit to a package. In contrast, let’s take the example of a large performing arts center with many events and even different series options to choose from. If an event or two isn’t appealing, a patron has other subscription options that could be equally valuable to them. (The real trick is in the marketing; organizations must present enough options to give each patron what they want and incentivize them to buy more, without overwhelming them with choices.)

*Size determinations differ based on sector. Budget ranges of small, medium and large, were defined individually for organizations in each arts and cultural sector in the dataset. This chart is the aggregated total for all sectors of that size.

Why should my organization care about relational revenue?

For most sectors, relational revenue is not a majority of revenue or even a majority of earned revenue.  But subscription and membership are still critically important. That’s easy to forget in an industry where we’re constantly being told that these models are dying.

As I’ve written about before, dependence on relational revenue is an inconvenient truth. It’s a chunk of revenue that’s difficult to replace. Why? This revenue is more renewable than single ticket buyer/visitor revenue. We simply get much better ROI on subscribers or members. We also can’t forget its importance as a next-step between attendance/visitation and philanthropy. In TRG’s consulting practice, we work with development professionals who struggle with annual fund growth because the organization decided to abandon subscriptions—the pipeline for philanthropy! So, how can organizations support relational revenue, given the realities of the market in 2015?

Evolve with your customers

Subscriptions aren’t dying, but they are evolving. A forthcoming study produced by the League of American Orchestras and Oliver Wyman will detail the specific ways that customer are buying subscriptions today, and what orchestras can do to shore up this valuable revenue source. Spoiler: it doesn’t mean dump subscription for membership.  Here’s a preview.

I wish I had a statistic on the number of subscriptions and memberships NOT sold each season because the organization actually discouraged the customer from buying one. I imagine that it would be depressingly large. Subscription or membership is not the right option for everyone. That doesn’t mean it’s the right option for no one. Here are 7 ways you might be inadvertently losing relational revenue.

Don’t give up on younger generations

Loyal patrons are not born, they are MADE. And, loyalty development takes time. We agonize over the fact that Millennials are not subscribers or members…yet. “Yet” is a key word here, as life stage plays a key role. Focus on building loyalty one step at a time with this group, and with all the generational cohorts in your audience.

The next release of the NCAR report will analyze philanthropic income. As the industry thinks more about patron-generated sources of income, it will be interesting to see how and if individual giving and relational revenue correlate in a large scale analysis like this.