The Most Vibrant Arts Markets in America: A Look at Three Cities 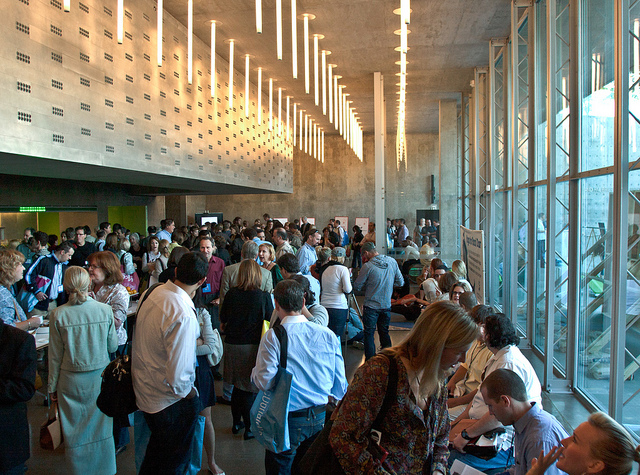 The National Center for Arts Research recently released its first annual Arts Vibrancy Index, measuring supply, demand and public support for arts and culture in more than 900 communities across the country. In addition to measuring arts vibrancy in every U.S. county, the index ranks the top 20 large markets and top 20 medium/small markets in the nation.

The purpose of the index is to create conversation centered on what arts vibrancy can look like in America and how vibrancy can vary depending on the city.

Data in three primary areas, Arts Providers, Arts Dollars and Government Support, were measured on a per capita basis. For example, Arts Providers are a gauge of supply and include the number of arts and entertainment employees, arts-related organizations and independent artists in the community.  (Metrics did not include variables such as the quality of art, community conditions, data on participants, or the revenues and expenses of commercial art entities.)

The rankings utilize Metropolitan Statistical Areas (MSAs), geographic areas consisting of one or more counties with high social and economic integration and an urban core, as defined by the U.S. Office of Management and Budget. By focusing on MSAs, the index captures the network of suburbs that rise up around a city or town rather than considering them separately.

Here’s a look at three of the country’s most arts-vibrant cities in large and medium/small markets, particularly in terms of Arts Providers.

See rank scores for every U.S. county on the HEAT MAP

The community with the highest ranking for Arts Providers is Nashville-Davidson-Murfreesboro-Franklin, Tenn. Nashville is known as “Music City,” with a large music scene. The city has a large independent artist community and claims to have the largest community of songwriters. It has a thriving visual and performing arts scene. The Frist Center of Visual Arts offers exhibitions of local artists as well as art from around the world. The Tennessee Performing Arts Center, home of the Nashville Ballet, Opera and Repertory Theatre, has four performance venues to host a series of Broadway shows and other events. The Schermerhorn Symphony Center houses the Nashville Symphony, which was founded in 1946. 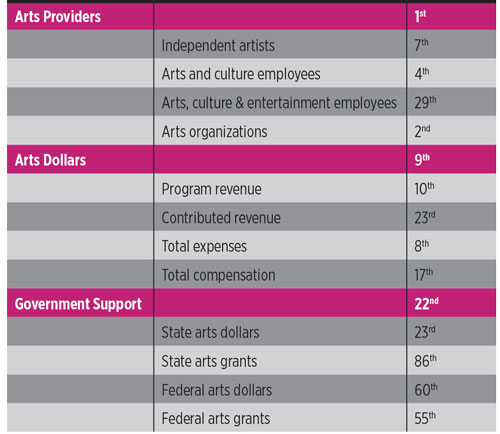 Ranks in the single digits in all three categories

Santa Fe, N.M. has the highest ranking of Arts Providers in the top 20 medium MSAs. The area is home to a thriving visual arts community including the SITE Santa Fe contemporary art museum and the Georgia O’Keeffe Museum. The metropolitan area has an artistic influence of colonial Mexico, the United States and Spain. The city hosts two art markets, the annual Santa Fe Indian Market and the biannual Spanish Colonial Arts Society Market. 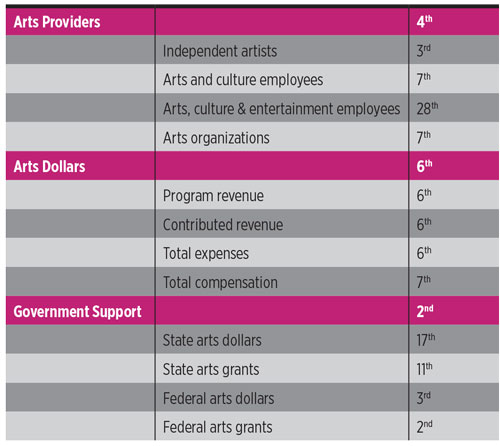 The communities of Jackson, Wyo. and Jackson, Idaho rank in 5th place for Arts Providers. The region is home to many art venues, art education programs and performing arts organizations. Surrounded by the mountains, the community has organizations dedicated to wildlife. The National Museum of Wildlife Art maintains its connection to nature by being located next to the National Elk Refuge. The Museum’s collection contains more than 5,000 items that date back to as early as 2500 B.C. Jackson Wildlife Film Festival features national and international films that highlight the importance of wildlife and the environment. 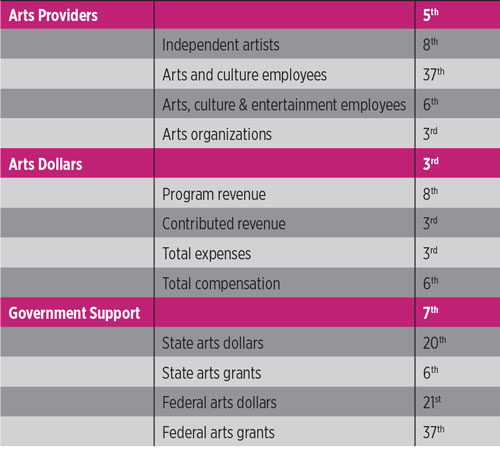 Each city is unique, and the numbers do not tell the whole story. They do, however, help us understand the vibrancy in each community.

NCAR is grateful for the help of local agencies, cultural commissions, conventions and visitor bureaus as well as individual art lovers who participated in the Arts Vibrancy Index.

WATCH: A Tour of the Arts in the U.S.: Looking at the Large Markets

WATCH: A Tour of Arts in the U.S.: Organizations in Medium and Small Cities

See rank scores for every U.S. county on the HEAT MAP