Not just an anchor: an arts vibrancy beacon in Hudson 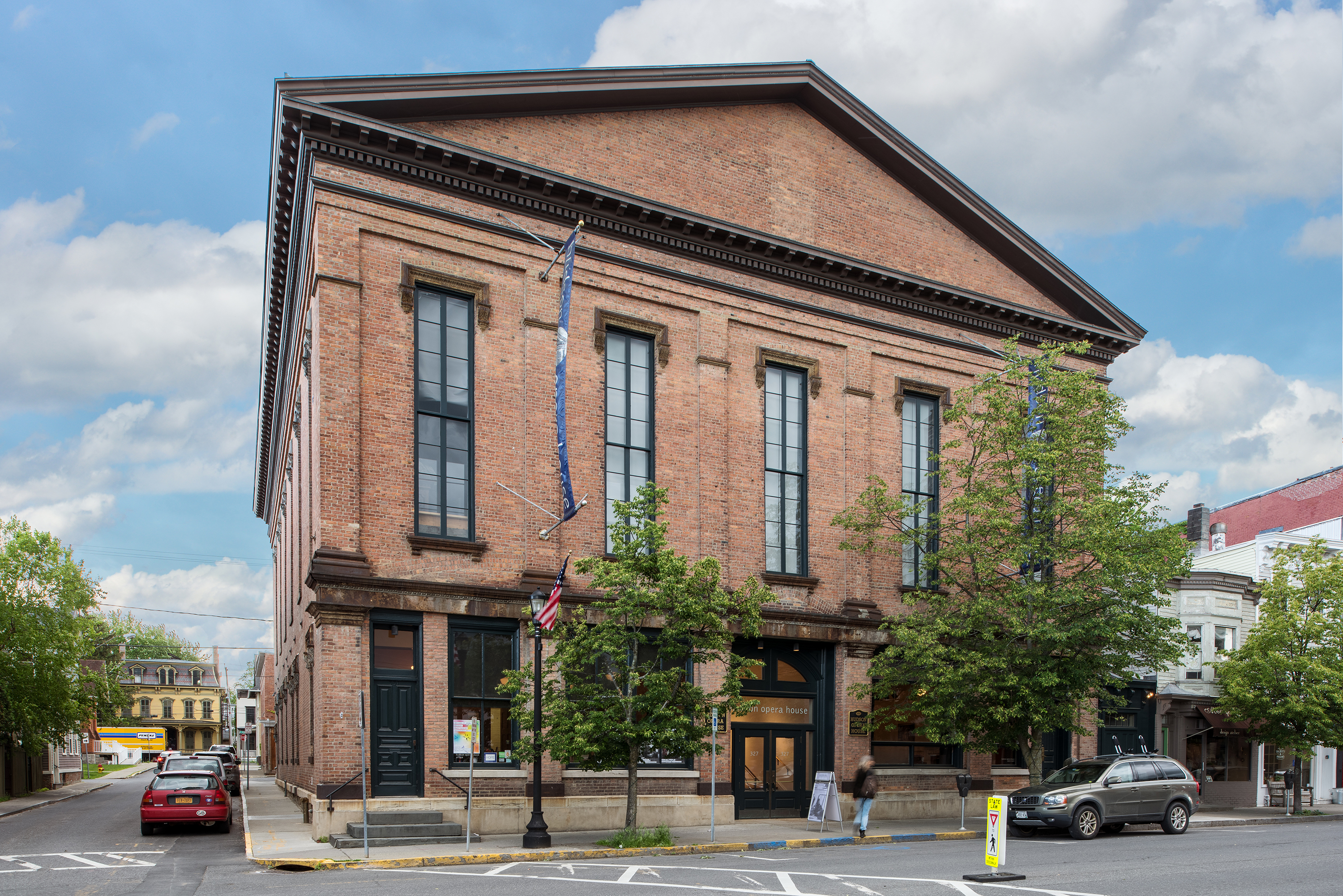 It IS true.  If you build it, they WILL come.

19 years ago, no one thought they would.

Built in 1855 as the City Hall for Hudson, NY (population 7,000), our building had been abandoned for more than 30 years.  Like many 19th-century town halls it was built with a second-floor performance hall that was used for a wide range of activities.  Not just lectures and concerts, but also poultry shows, cotillions and even the occasional game of basketball.  The idea that communities need these kinds of gathering places was common in the mid-to-late 19th century.  Around 1880, at the height of the gilded age, many of these halls adopted the name Opera House.

When saving this building was first proposed, most people said the idea was crazy.  Despite its decayed state-- standing water in the basement, dozens of holes in the roof, and several missing windows-- our founders trusted that this grand building could once more be a place for the entire community.  The blocks around it were abandoned and considered dangerous.  “No one will ever come down there” they said. But shortly after we opened the first restored room, they did.

Hudson was, at the time, like many small cities in the Northeast, having witnessed massive out-migration as manufacturing jobs disappeared.  But within a few years of opening our first restored room in 1997, the blocks around us transformed.  Several restaurants opened nearby, and we could watch the steady stream of patrons in and out of them before and after our events.  Galleries and shops followed close behind.  Demand for commercial space became so robust that some residential spaces eventually popped open storefronts.

We founded an annual celebration, Winter Walk, where we filled shops and windows with music and dance the first Saturday of December.  The first year it was easily contained on the sidewalks.  Within a few years the sidewalks were so crowded we started closing one block to traffic. Then two.  Then three, and soon the entire length of Warren Street to make room for the 20,000 visitors that now attend.

The expansion of restoration followed a similar pace.  One room, then two, then the first floor, a new roof, and finally, last year, the restoration of the performance hall, New York State’s oldest surviving theater, and a new elevator addition to provide access to the second floor for the first time.  To go with the newly restored building a new name, Hudson Hall, a combination of the two names that once graced the building.

It’s hard to say if we had the money 19 years ago to open the whole building at once if that would have done the trick-- been the catalyst to transform the community.  But what is clear, is that by slowly opening more space, building our audience, and diversifying our programming to bring in all segments of the community we have been able to not only bring vibrancy to our immediate neighbors, but to the entire city.  Increasingly, we are not just an anchor, but a beacon that attracts audiences from further and further away.  The good news for everywhere else:  we know it is replicable, and scalable.  Investment in the arts brings vitality and vibrancy.