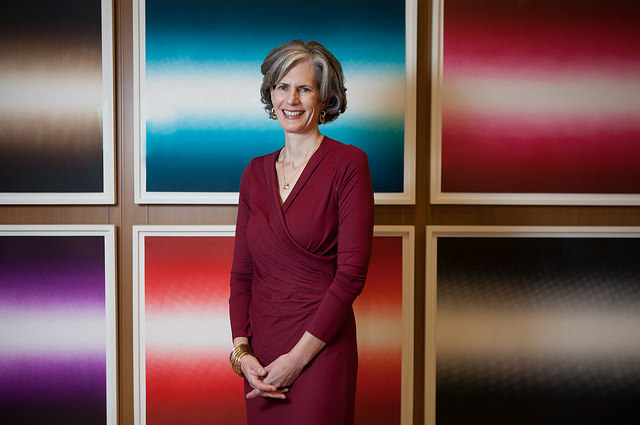 The National Center for Arts Research (NCAR) at Southern Methodist University in Dallas, Texas, has appointed Kate D. Levin, former commissioner of the New York City Department of Cultural Affairs under the Bloomberg administration, to be its first fellow.

As an NCAR fellow, Levin will serve both as an intellectual partner and an ambassador, communicating with arts organizations around the country and helping to raise awareness about NCAR’s research within the field. She will also work with NCAR’s leadership to draw their attention and resources to critical issues and questions in the field for NCAR to address in its research and writings.

“The NCAR staff and advisory board chose Kate Levin as its first fellow because of her extensive knowledge and understanding of the entire arts and cultural ecosystem, from artists to arts organizations in all sectors to communities and cultural policy,” said Zannie Voss, NCAR director. “During her tenure as commissioner of the New York City Department of Cultural Affairs, Kate not only had a tremendous impact on arts and culture, but she also embraced the capacity of data as a tool for generating important knowledge and awareness among arts leaders.”

Levin served as commissioner of the New York City Department of Cultural Affairs from 2002-2013.  Managing the largest single arts funder in the U.S., she increased the number of nonprofit cultural organizations receiving support and average grant awards by more than 30 percent, as well as creative sector participation in economic development, tourism, human services and education initiatives.  During her tenure, capital funding recipients tripled, expanding the agency’s oversight of planning, design and financing for cultural construction projects—directing over $3 billion for projects in neighborhoods across the city.

At the Department she implemented technology improvements that streamlined application procedures and data collection, and developed capacity-building programs to strengthen nonprofit leadership.  She oversaw the city’s permanent public art commissioning program, and helped develop and promote numerous temporary exhibitions and performances.  Levin worked to create several new cultural districts and organizations, extending New York’s vitality and impact as a world cultural capital.  A former professor of English at City College/CUNY, she also served in the administration of Mayor Ed Koch.

Levin recently joined Bloomberg Associates, Michael Bloomberg’s new international consulting service led by members of his administration, which advises local governments on their most challenging issues and aims to improve quality of life.

“The kind of compelling data analysis that NCAR provides will help arts organizations operate successfully and sustainably and inform wider audiences about the extraordinary ways this field can impact communities—from the economy to employment to human services,” Levin said. “I’m looking forward to helping NCAR determine what kinds of research and information are of greatest value to the field, the public and other stakeholders.”