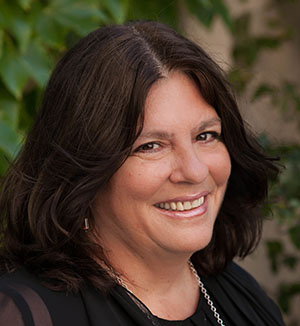 I was very flattered to be asked by my friend Jennifer Armstrong to write a guest blog post.  She forwarded some interesting data to me and at the same time, Chris Jones of the Chicago Tribune had written an article about subscriptions, membership and the correlation between the newspaper industry and the theatre industry and the need to change to fit the needs of Millennials.

Subscriptions provide patrons with the ability to pay once for all the shows in a season.  Their seats, dates and time are guaranteed and they can exchange their tickets with a minimum of hassle.  Single ticket buyers have to wait until tickets go on sale, sit in seats that aren’t bought by subscribers and hope the date they want to attend isn’t sold out.  For theatres, there are two major advantages to having subscribers:  they receive all subscriber income up front and so have working capital to produce shows, and,  more importantly, these patrons are loyal to the theatre.  Think of them as season ticket holders.  They are a theatre’s biggest fans.  Not for profit theatres depend on donations for 50% or more of their annual income.  As your biggest fans, your subscribers are the most likely to support you with donations.   Additionally, far fewer marketing dollars are spent on renewing a subscriber than attracting a single ticket buyer. This is a model that continues to work well for many theatres.

According to Theatre Communications Group’s Theatre Facts 2014, over the past 5 years (2010-2014), a slight percentage drop in subscription income was roughly the same as the positive bump in single ticket income, and the average number of both single tickets and subscription tickets sold were at a 5-year low in 2014. Theatres raised subscription prices nearly in line with inflation but generally countered attrition with discounts. Price increases were behind the growth in single ticket income. Annually, single ticket income was the greatest source of earned income.  The National Center for Arts Research (NCAR) report, which reports findings on data for all arts and cultural sectors, shows that Chicago’s earned relational revenue index (earned revenue from subscriptions and memberships in relationship to expenses) had one of the biggest declines over time. Chicago had the second highest level of program revenue per attendee, due both to a somewhat high level of program revenue relative to other markets and a comparatively low level of average annual attendance.    Over the 4-year period, average attendance in Chicago went down 13.6% while program revenue rose 5.5% above inflation, which means fewer people came and paid more per person. Also, increases in the number of programmatic offerings were met with declines in the number of people engaged over time.

The landscape is changing, so how are Chicago theatres responding?  My observations from attending theatre in Chicago is that smaller theatres attract younger audiences.  I think this is more a function of the type of work small theatres do, it tends to be edgier and, well, younger. For many Chicago companies, it is difficult for them to sell subscriptions because they cannot plan their seasons far enough in advance to make a subscription program work.  But, many of the small theatres in Chicago are building loyalty through membership programs.  Someone from the theatre gives a speech before the show inviting you to become a part of the theatre.  She lets you know that memberships are available and that for a low price – something like $99, you can buy a one year membership and come to see a show anytime you like.  All you have to do is call and reserve your spot and if one is available it will be yours.  Theatres will also extend this offer by email and snail mail if they use it.  If you love the show you might buy that membership.  Memberships provide loyalty while also giving the theatres flexibility on dates and times and the ability to sell throughout the year (unlike a season subscription).  Memberships have seen some success in Chicago but still mainly with theatres that have their own permanent space.  It is a trend that I think we will see more of.

Victory Gardens has for the past few years been offering a mainstage subscription of five plays but they also have a number of resident companies performing in their space which brings a different audience into the building.  This builds audiences for each of the companies and for Victory Gardens.  New this year, they are adding a series of one-man shows to the mix.  Goodman Theatre has expanded their season from 8 plays to 9.  They also produce a new play festival and a holiday show, only available through a single ticket purchase.  Chicago Shakespeare’s offerings have grown to include musicals, world-class international companies, and works for children. A subscription offers the opportunity to sample a variety of work.  But many of their shows are available only through a single ticket purchase.  So larger theatres are looking at the work not only in terms of expansion but in terms of what types of audience they want to attract and what type of ticket that audience will want to buy.

Finally, another trend is building loyalty outside the subscription or single ticket buyer paradigm, but through the creation of community.  Writers’ Theatre in Glencoe has opened a new building that is extremely inviting.  It has an outdoor terrace, a great bar, wonderful lobby spaces, all of which invite an audience to come early or stay a little later and talk about the show, maybe meet some of the staff and cast, to deepen your engagement and expand your experience at the theatre.   Another example of this is Steppenwolf Theatre which has recently opened their new 1700 bar and café – open from 7AM to Midnight, where a coffee and a nosh in the morning or a drink after a show might bring you face to face with one of the storied ensemble members.  It is a space designed specifically for these types of interactions and not your typical lobby bar.  It has a young vibe and so far has been a smashing success.

{Chicago is ranked #12 of communities with populations over 1 million in NCAR’s arts vibrancy index.}

Deb Clapp joined the League of Chicago Theatres as their Executive Director in July of 2008.  During Deb’s tenure the League has increased its membership and its scope of programming and raised the visibility of Chicago theatre.  Prior to her work with the League, Deb worked as a consultant for Chicago theatre companies such as Teatro Vista…Theatre with a View, About Face Theatre and Chicago Children’s Theatre.  From 2002- 2007 Deb was the Director of Management for Goodman Theatre where she oversaw all operations and negotiated and executed contracts.  Deb began her career in theatre management at Hartford Stage Company in Hartford, CT.  At Hartford Stage she rose from Assistant House Manager to Operations Manager to Associate Business Manager.  In 1996 she moved to Long Wharf Theatre in New Haven where, as general manager, she oversaw the day to day operation of this theatre with a $5 million annual budget.  Deb has guest lectured at Columbia College Chicago; DePaul University; and Florida State University.  She has served as a grant panelist for the City of Chicago, Department of Cultural Affairs, City Arts Grants; the Missouri Arts Council and the Gerbode Foundation and as a judge for the National Women’s Hall of Fame induction in 2013 and 2015.  Deb serves on the boards of directors for the Network of Ensemble Theatres and Double Edge Theatre.  She is the proud recipient of the 2014 Corona Award from Eclipse Theatre for her service to small and mid-sized companies in Chicago.