The NCAR Report on Fundraising Trends in Arts and Culture 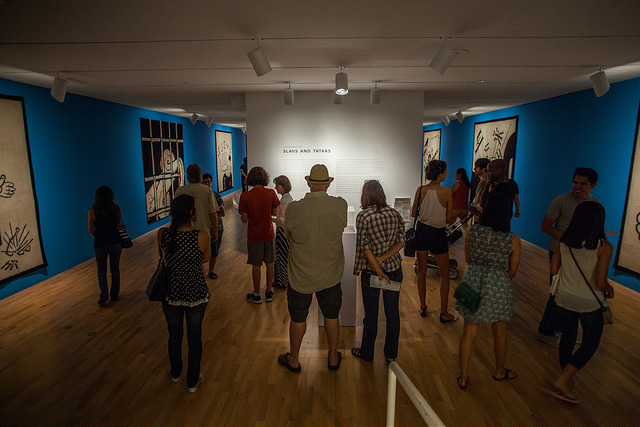 SMU’s National Center for Arts Research (NCAR) today released its most comprehensive report to date on national fundraising trends in the arts and cultural sector, the latest in the Center’s series of evidence-based insights on the health of the industry. The NCAR Fundraising Report is the only report to examine fundraising by sector, organization size and geographic location. It is based on 2014 data provided by over 4,200 organizations across 11 arts disciplines, with trends for a subset of over 2,700 organizations over the four-year period 2011-2014. The report shows that over this period, growth in unrestricted contributed revenue – meaning contributions that are provided without any restrictions on how the funds are to be spent – slightly outpaced growth in expenses, suggesting that over time, arts organizations have built deep, committed relationships with their supporters.

NCAR regularly publishes its findings on important trends and issues in the arts. In addition to white papers and its annual Arts Vibrancy Index, NCAR recently launched the KIPI Dashboard, a free online diagnostic tool that allows arts organizations to see how they are performing in nine finance and operations categories relative to organizations like theirs nationally. The Dashboard also allows organizations to model how performance would have to change in order to increase their score, and provides links to resources that can help improve organizations’ health. NCAR’s offerings provide data-driven findings and nationwide benchmarks to help inform arts practitioners, board members, policymakers and researchers as they set strategy, make day-to-day decisions and gain a better understanding of the field.

NCAR’s latest report takes a close look at the various dimensions of fundraising, examining the unrestricted contributed revenue index (which analyzes contributions in relation to expenses), the return on fundraising investment (examining the revenue generated for every dollar spent on fundraising activities), as well as contributions by five major sources – trustees, individuals, corporations, foundations, and government – relative to expenses. The report also examines how certain organizational and community characteristics impact an institution’s ability to attract public and private dollars.

“As the latest addition to NCAR’s library of resources for the field, this report tracks fundraising trends and helps arts organizations understand their performance in relation to their peers around the country as well as other organizations in similar communities,” said Dr. Zannie Voss, director of NCAR and chair and professor of arts management and arts entrepreneurship in SMU’s Meadows School of the Arts and Cox School of Business. “By providing evidence-based insights and field-wide benchmarks, we hope that this report becomes an effective management tool that helps organizations set goals, make strategic decisions and contextualize their performance with key stakeholders. For example, our analysis has shown that as organizations invest more in fundraising staff, they achieve a higher return on their fundraising efforts, indicating that a high investment in personnel is key for successful relationship cultivation.”

Highlights of the NCAR Fundraising Report include:

[1] The Los Angeles market saw the biggest growth in return on fundraising over four years (57%). This is mostly due to a large increase in total contributed revenue rather than a drop in fundraising expenses. The remarkable growth in contributed revenue in L.A. was not attributable to just one or two organizations, nor was it driven by a preponderance of capital campaigns.

In 2012, the Meadows School of the Arts and Cox School of Business at SMU launched the National Center for Arts Research (NCAR). The vision of NCAR is to act as a catalyst for the transformation and sustainability of the national arts and cultural community. The goals of the Center are to become the nation’s leading source of expertise on: 1) arts attendance and patronage; 2) understanding how managerial decisions, arts attendance, and patronage affect one another; and 3) fiscal trends and fiscal stability of the arts in the U.S., and to create an in-depth assessment of the industry that allows arts and cultural leaders to make more informed decisions and improve the health of their organizations. To work toward these goals, NCAR integrates data from DataArts and its Cultural Data Profile[1] and other national and government sources such as Theatre Communications Group, the League of American Orchestras, the National Endowment for the Arts, the Census Bureau, and the National Center for Charitable Statistics. NCAR makes its findings available free of charge to arts leaders, funders, policymakers, researchers and the general public.

NCAR develops reports based on this uniquely comprehensive set of arts organizations’ data. It assesses the industry from multiple perspectives, including sector/art form, geography, and size of the organization, and it determines what drives health from the organization’s conditions and its community’s characteristics. Recent publications include a white paper on diversity and equity in the arts, reports on the health of the U.S. arts and cultural sector, and  NCAR’s 2016 Arts Vibrancy Index, which outlines the 20 most arts vibrant communities around the country. In July 2016, NCAR launched the KIPI Dashboard, a free online diagnostic tool that allows arts organizations to benchmark their individual performance in nine finance and operations categories against their peers.

The project’s indices were created in partnership with TRG Arts, Nonprofit Finance Fund, and numerous field leaders. IBM and Linchpin Programming contributed to the creation of NCAR’s Dashboard. The Center also partnered with the Boston Consulting Group to develop its mission, vision, and long-term strategies.

NCAR’s director is Dr. Zannie Voss, chair and professor of arts management and arts entrepreneurship in the Meadows School of the Arts and Cox School of Business, and Dr. Glenn Voss, endowed professor of marketing at Cox School of Business, serves as research director. Through this leadership, NCAR sources its cross-disciplinary academic expertise in the fields of arts management, marketing, econometrics, and statistics from Meadows and Cox faculty.