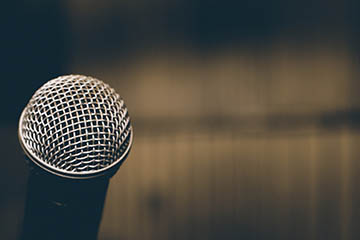 The National Center for Arts Research at SMU (NCAR) released a report in May about the state of working capital at arts organizations.  While the news is worrisome – that working capital declined from 2013 to 2016 – the focus on the balance sheet is welcome.  In my experience consulting with cultural organizations and funders on financial issues, arts organizations typically focus more on their revenue and expenses and ignore their balance sheet until they are in a cash flow crisis. A little more attention to working capital early on might forestall those crises.  The guidelines and questions in NCAR’s white paper, “Five Steps to Healthier Working Capital,” are spot on.

I want to comment on several of the findings and a few of the steps.  First, that “Small organizations fare better than medium and large ones,”i.e., that they have more reserves.  While that might seem counterintuitive, in fact smaller organizations tend to be much more reliant on cash – if it’s not in the bank, they can’t spend it.  Larger organizations have more complex balance sheets, with more receivables, temporarily restricted funds, deferred revenue, and access to lines of credit or loans.  Knowing that deferred revenue may be available at the beginning of the next fiscal year, or that a line of credit can be accessed during a low point, makes it possible for an organization to operate with lower working capital.

Another finding is that “Museums fare better than performing arts.”  Performing arts organizations have the lowest working capital, at a month or less.  Certainly there are differences in the operating models. But performing arts organizations that sell subscriptions or other advance tickets can often have significant deferred revenue, relative to their assets or expenses.  If they are not careful about segregating that deferred revenue, it can be easy to dip into those funds inadvertently.  It’s likely that within the “month or less” averages there are some organizations with negative working capital.  They may not know it’s negative because they’ve been tapping deferred revenue, or perhaps temporarily restricted funds, to pay the bills.  But one change in their finances can then lead to a major cash flow crisis.  That’s often when the staff and board recognize they’ve been living on borrowed money, agree that they need to segregate such funds, and commit to increasing their savings and reserves.

That leads to the “Five Steps to Healthier Working Capital.”  These are great steps and questions for organizations to ask themselves. I might add an initial step of identifying how much the organization currently has in unrestricted working capital and any reserves, if that hasn’t been done.  It may be an eye opener.

In the first step of setting balance sheet goals as part of planning, the article asks organizations to consider: “Should reserve funds be set aside to help address the annual or periodic wear and tear on a facility or other fixed assets?” The answer: Yes!  Many organizations think that once they’ve purchased equipment or a building or done a major renovation on their space, they can forget about it for 5 or 10 or 20 years. But those assets are depreciating every year and those organizations need to plan from day one for the eventual replacement!  Otherwise when the inevitable reinvestment is needed, those who have no facility reserves will find themselves dipping into operating cash, which will in turn reduce liquidity.

The investment in fixed assets is closely linked to working capital, and the two need to be planned together.

One way to build facility reserves is to “fund depreciation.”  Including depreciation expense as part of a balanced budget will generate an equivalent amount of cash at year-end, since depreciation is a non-cash expense.  Ideally, that cash can be designated for a fixed asset fund, to be built up yearly in anticipation of replacements in 5 or 10 years. At a minimum it can be a source for immediate needs on an annual basis.

Recommendation #3, to “Explore Fundraising for Reserves,” is a great one.  Since the recession, more funders have come to understand how the lack of working capital can hold an organization back and they are willing to support reserves. Here are two examples from my experience:

In 2011, the William G. Baker, Jr. Memorial Fund in Baltimore commissioned Cool Spring Analytics to do a capitalization study of their cultural grantees to advise the Fund on balance sheet needs in the aftermath of the recession.  We found that the grantees’ biggest issues were a lack of resources for working capital and for fixed asset replacement.  We helped the Baker Fund create a program to build reserves for those two purposes.  The program complemented but did not replace their operating and project grants.  They decided to focus on organizations with budgets under $2 million where their grants could make an impact.

Now when an organization applies for a Baker grant, they can also request up to $10,000, which they must match, for either a working capital reserve or fixed asset replacement reserve. If they make the match, they can make additional requests in future years but are capped at a total of $30,000.  With the match, this could add up to $60,000 in reserves for one organization. These grants are relatively small, but the program has had a big impact.  Not only has it provided reserve funds, it has also prompted organizations to think about and begin addressing their balance sheet needs.

Since the program’s launch in 2012,  the Fund has awarded $183,500 for the two reserves.  With the matches raised by the arts organizations, that’s $367,000 in new reserve funds for smaller organizations.  In addition, a number of companies have added to their reserves beyond that total.  Several organizations have capped out, and the Baker Fund is considering ways to expand the program.

If your local funders don’t have such a program, it’s still worth asking, and as the article states, making the case for how reserves help support your mission.  A second example illustrates this:

A dance company that almost closed earlier in the 2000s brought in new artistic and executive leadership and, after some emergency fundraising, was charting its course forward. The community was excited about the artistic work, which set the stage for a multi-year campaign to put the company back on a strong financial footing.  The campaign included a working capital reserve fund of $300,000 that would serve as an internal line of credit.  The executive director knew she needed to put the reserve fund in place quickly to manage cash flow while she was raising the rest of the funds and approached a local foundation with a $100,000 request for the working capital fund.  She so clearly articulated how the reserve fund would free the staff from managing cash flow to focus on rebuilding the company and the work on stage, that the trustees responded with a grant of $200,000.  It’s not often that funders award twice the requested amount, but she had made the case that having the reserve would allow staff and board to focus on building the art.  And years later the company is thriving.

Working capital isn’t sexy, but it is fundamental.  And usually staff and board focus on it only when they realize they don’t have it. Over the years, arts organizations have gotten more sophisticated in their fundraising and marketing techniques, but their financial management has lagged.  If all organizations read NCAR’s white paper and worked through their recommendations, their smarter balance sheet management would help build a firmer foundation for their art.