A Farewell Post from NCAR’s Kate Levin: On Virtual Participation 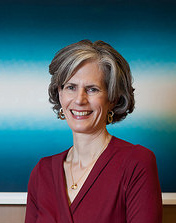 ~ Kate D. Levin shares her thoughts on virtual engagement for small and large organizations in all disciplines. We are grateful to Kate for serving as the first Nasher Haemisegger Fellow, for her many valuable contributions, and for setting such high standards for us and for future fellows. ~

As my time as NCAR’s inaugural Nasher Haemisegger Fellow comes to a close, I am thinking about audience participation – a key area on which I had the privilege of working with this extraordinary team of researchers.

One of the biggest existential threats to arts and culture in the U.S. is the perception of dwindling audiences for traditional arts disciplines. For example, recent research points to declines in attendance at the symphony, opera and ballet of almost 30% in some areas over the past few decades. Museum-going fell from 40.8% to 32.5% between 1993 and 2012. All too often, I hear these kinds of statistics, based on ticket sales, recited by funders and policy makers to justify a lack of interest in the arts.

But these numbers don’t reflect the full spectrum of cultural participation. Indeed, one of the most intriguing areas of growth is in the digital realm. For me, the juiciest nuggets in NCAR’s recent Report Edition 3 relate to virtual engagement via the digital sphere. The “community engagement” measure, also referred to as the number of “total touch points,” is especially robust because it captures all stakeholder interaction with an organization – everything from volunteers to donors and audiences.

Over the past four years, while no arts discipline had more than a 1% change (either negative or positive) in in-person engagement, the increase in virtual participation in traditional art forms has been nothing short of explosive. Consider the following:

Rather than taking this as a cause for handwringing, I think the information points to a significant landscape of possibilities. While live experience is an essential and irreplaceable aspect of these art forms, they now also have an important digital existence in contemporary society.

And growth in the virtual sphere isn’t limited to large organizations like opera companies, art museums and symphony orchestras. In fact, the data shows that small organizations had the greatest growth in this area, nearly tripling the number of people touched by on-site and digital programming. Note the dual growth pattern (“on-site and digital”) – which suggests that digital isn’t replacing in-person, but rather that live and virtual are mutually reinforcing strategies for engaging audiences.

One major concern I hear about establishing a mission-based virtual presence is cost. While it’s certainly true that developing sophisticated digital programming can be expensive and time-consuming, the NCAR data suggest that isn’t necessarily a prohibitive factor. Take the finding that small music organizations more than tripled their average total touch points through digital programming. One low-cost, potentially high-impact example: the San Francisco Girls Chorus has appealing rehearsal and performance videos on its webpage – and also uploads them to YouTube, creating a much higher likelihood of attracting viewers.

Another challenge to developing virtual engagement is the perception that it’s basically a form of marketing aimed at getting people to attend “the real thing.” Again, I don’t believe there’s a substitute for experiencing a performance or seeing a work of art in person. But I also think there are potentially powerful ways of complementing the live experience through digital programming. As distinct from marketing the live experience, digital technology can offer a new opportunity for people to engage with an organization’s mission – as an end in and of itself, and not only a means of selling tickets.

Will interaction with your organization’s programming online or through digital transmission increase someone’s chances of walking through your door someday, or walking back through your door sooner? That’s for NCAR to study and help us understand in the months and years ahead. But, if it turns out that some people engage with your organization in a digital space but never attend in person, is that failure? Or is it mission-based achievement, just manifest differently? Is using new tools to convey a specific creative vision a burdensome distraction, or an opportunity to amplify impact?

Of course there’s no one-size-fits-all answer for a field this deep and varied. But overall, I’m optimistic about the potential of virtual interaction to expand the role and influence of cultural organizations. My conviction is bolstered overall by the breadth of NCAR’s findings, and also by an initiative I’ve helped lead at Bloomberg Philanthropies. Our Bloomberg Connects program currently supports a group of 15 cultural institutions around the world using digital technology to expand audience access.

Some of this work has involved building out virtual touch-points. But here are several examples of grantee ingenuity that show how digital tools can deliver significant and unique in-person expansions of organizational mission.

It’s still early days in the exploration of digital opportunities for cultural organizations. But the potential for expansion and extension, without dumbing down content, seems clear. This new virtual world is only a threat if arts and cultural organizations sit back and let it be so. NCAR’s work suggests that groups making investments, large or small, of time, money, and – above all – creativity to get in the game are finding meaningful new ways to touch more people with mission-related programming.