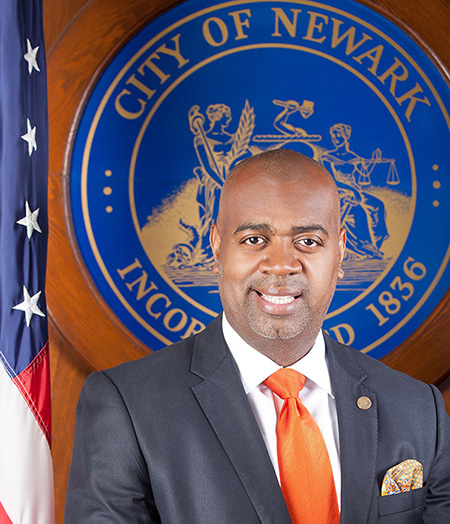 "Art is whatever makes you proud to be human.”   - Amiri Baraka

I am delighted, but not surprised by Newark's high ranking on the list of the most arts-vibrant cities in the United States. Our robust arts community and the City's commitment to nurturing the arts are an important factor in creating the surge in development and investment that is transforming Newark.

I grew up surrounded by the visual and performing arts. My father was the late Amiri Baraka, poet, political activist, jazz critic, author and painter. My mother is Amina Baraka, a renowned poet in her own right, and I am also a published poet.

I grew up in a family that believes that the arts can be a powerful, liberating and transformational force in the struggle for racial, social and economic justice. That's one of the reasons why my administration has placed the arts at the center of our strategy for the rebirth of Newark. Determined to ensure that all residents benefit from the downtown's development and growing prosperity, we have brought the arts and arts education into every neighborhood. We have implemented an arts and culture strategy built around the principle that the arts belong in and to the entire city, not just the downtown.

Upon taking office, we launched the Model Neighborhood Initiative (MNI) throughout Newark to improve the quality of life in each of the target areas.  As a component of the MNI, the city has created many murals throughout the city to create a more attractive and artistically vibrant environment.  These murals enliven the streetscapes of neighborhoods, beautifying each area while serving as a common point of pride.

For example, the “Three Doctors” mural depicts three doctors, who grew up in Newark without fathers in public housing and from low-income families and now devote their lives to mentoring young people. Another mural depicts Puerto Rican heroines, honoring female leaders whose achievements made a major impact in Puerto Rico. And, in the Roberto Clemente Elementary School, students transformed hallways with lively images and motivational quotes to inspire all who walk through and a professionally painted a mural depicting the life of baseball great Roberto Clemente now overlooks the school playground.

We also facilitated the creation of the second-longest mural in America, “Gateway to Newark Portraits.” This 1.39-mile mural was painted on a railroad retaining wall along one of the major entrances to the city. Created by nine Newark-based artists and eight from the United States, Peru, Mexico, and Brazil with the help of Newark students, the mural highlights the history of the city and its notable residents.

An East Coast outpost of the Grammy Museum is scheduled to open in the Prudential Center arena downtown this fall. A long-abandoned bank building in the city’s South Ward is being converted into co-op apartments that will be marketed to artists. The building will include a poet’s cafe, communal work spaces and a performance space. And in the West Ward, another neighborhood in need of revival, the city is moving forward with plans to create a 30-foot art wall that will beautify an electrical switching station.

A performing arts program for those aged 17-21 provides out of school youth with workshops to teach acting, photography and music. The program enhances their talent, builds self-esteem and teaches entrepreneurial skills. Upon completion, participants are given the opportunity to enroll in a vocational skills training program, increasing the possibility of returning to school and obtaining a full time job.

Newark sponsored a series of performances by an opera company of “Garvey: The Opera” at various sites around the City, including high schools, colleges, and churches. By bringing this important opera about the great Marcus Garvey to our neighborhoods, residents and youth see up close that opera is a vital, living, and powerful art form.

Last year, we promoted the first annual Newark International Film Festival. It brought together Newark industry leaders, aspiring film professionals, and national experts. Over 800 films across various genres were submitted from over 50 countries around the world. The festival included a number of workshops for actors, directors, producers, filmmakers, and writers, as well as stunt exhibitions and training, and celebrity meet and greets.

We also created Newark's first office focusing on the arts. A few initiatives of that office have included the Artists Placement Program in which youth and adults are assigned to various performance outlets as ‘guest artists’ sponsored by the city.  Neighborhood summer concerts and community festivals take place in every neighborhood.  Local performers such as singers, dancers, area church choirs and ensembles, spoken-word artists of any age participate.

Our youth theatre provides training in drama and musical theater, stage comedy and tragedy, theater staging, breathing techniques, monologue, dialogue readings and delivery, movement, and theater production for Newark high school students. Our Jazz Elders Project is a series of concerts, seminars, and lectures by senior jazz artists with a historical association to the city of Newark. These performance programs acknowledge artists whose careers have been in jazz and help perpetuate the music that has been an integral part of the city’s history.

• Fall Arts Festival: Local and area artists and crafts persons showcase their wares to the public for exhibition and vending.

We have worked to maintain and expand an exciting, welcoming and vibrant downtown arts district which includes New Jersey Performing Arts Center, Symphony Hall, the Newark Museum, Newark Public Library, the Prudential Arena, many art galleries and affordable housing for artists. In keeping with our strategy of bringing the arts to every neighborhood, Newark is also developing affordable housing for artists in several locations outside of downtown.

We look forward to a future in which our arts vibrancy continues to create jobs, attract new businesses and development, expand tourism, improve neighborhood livability and improve the quality of life throughout Newark.